We are often asked what a steel-framed PVC hall is suitable for. Is it possible to build a heated hall, or how long a continuous structure can we make? A steel-framed hall is a quick, cost-efficient and environmentally friendly option for all kinds of hall needs, from heated indoor spaces to large, pillar-free implementations. Since every Best-Hall is individually designed, we can offer the ideal solution for even the most demanding requirements.

Below are five examples of special needs that we responded to with “we can do that!”

Nokian Tyres tests its tyres and simulates various extreme winter driving conditions at its White Hell test centre in Ivalo, which includes over 20 ice and snow tracks. In 2012, the centre was expanded with the addition of a 650-metre-long test hall, in which tyre tests can be carried out indoors with the help of robotics. The continuous, pillar-free steel-framed hall offers protection from wind and snow, providing the consistent conditions necessary for carrying out precise tests. For exhaust ventilation, the hall is outfitted with powerful extractor fans and smoke removal nets. 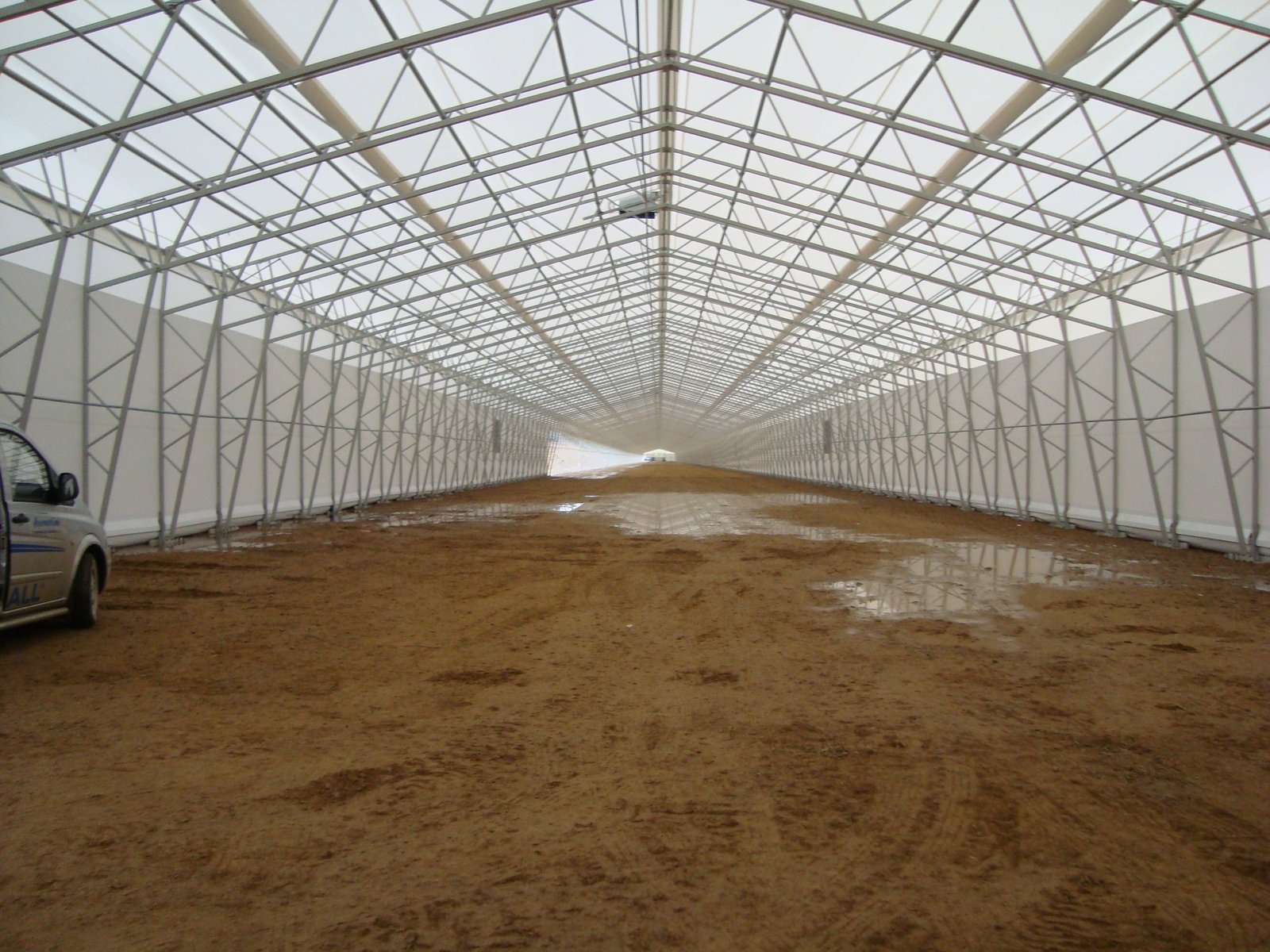 A bright swimming and sports hall in Hampshire

Sports are highly regarded at St Neot's Preparatory School in Hampshire, UK, and in 2016 a decision was made to build new sports facilities for the school. The new hybrid hall with a floor area of nearly 2,000 m2 features a swimming pool section, a basketball court, a badminton court and locker rooms. The white steel frame of the hall has been treated in accordance with the demanding environmental class C5M to withstand swimming hall conditions and the chemicals used in water purification. The ceiling and walls of the sports hall were outfitted with a translucent cover fabric, as a result of which the hall does not necessarily require any additional lighting during the daytime. 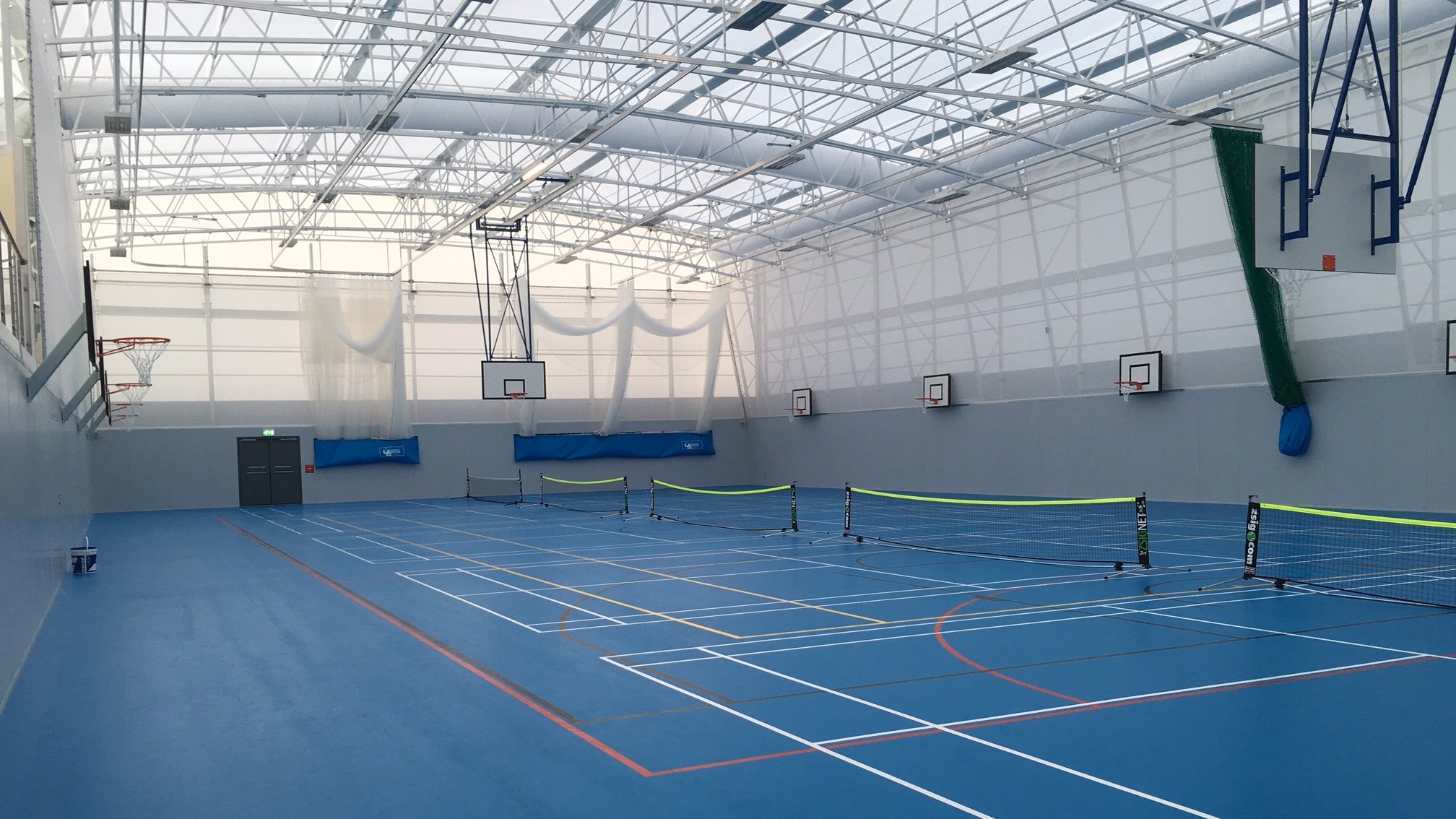 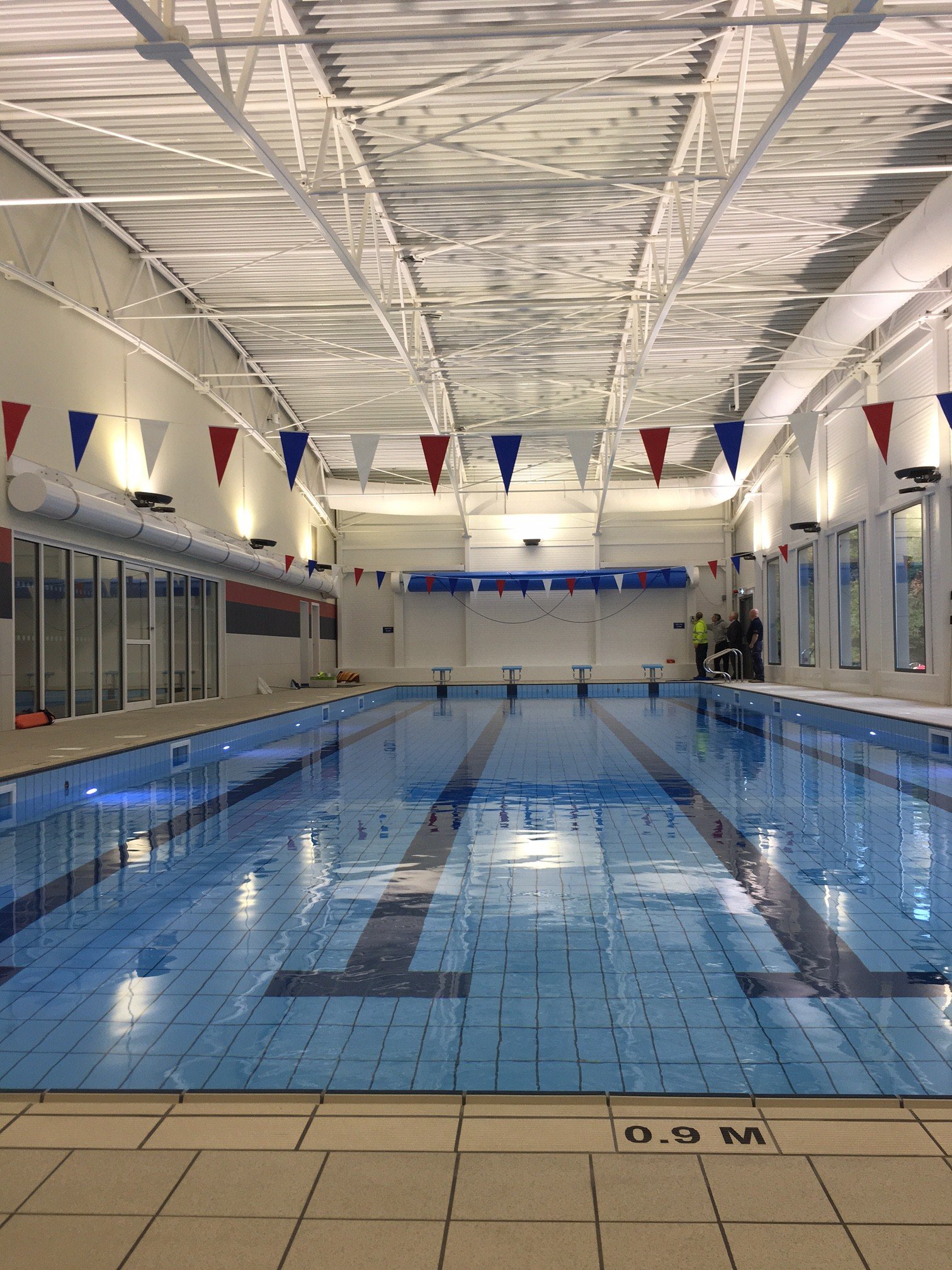 John F. Kennedy International Airport in New York serves a large proportion of the air traffic between the United States and Europe, and the airport is used by nearly a hundred airlines from over 50 countries. The airport’s services include a deicing hall, where any snow and ice accumulated on the surface of an aircraft can be quickly removed before takeoff. Deicing the wings of an aircraft is important, as snow and ice have a significant negative impact on the performance and maneuverability of an aircraft.  The heaters are attached to the steel frame of the PVC deicing hall, which is open at both ends. Dimensioned to withstand the high wind loads of the airport, the hall is extremely durable and even survived Hurricane Sandra.

The British public service broadcaster BBC built a special immersive experience centre based around its popular Doctor Who television series in Cardiff for 2012–2017. The world of the science fiction series that has gained an international cult following was re-created inside a specially-designed steel-framed exhibition hall featuring a PVC-coated cover fabric with an opaque, black interior surface for a proper outer space feel.

Airliner manufacturer Airbus showcases and finalises its aircraft inside an aircraft hangar with a floor area of over 1,000 m2 located in Saint-Nazaire, France. The two hangars with continuous interiors joined together by a central pillar expand the available space up to a width of 50 metres. 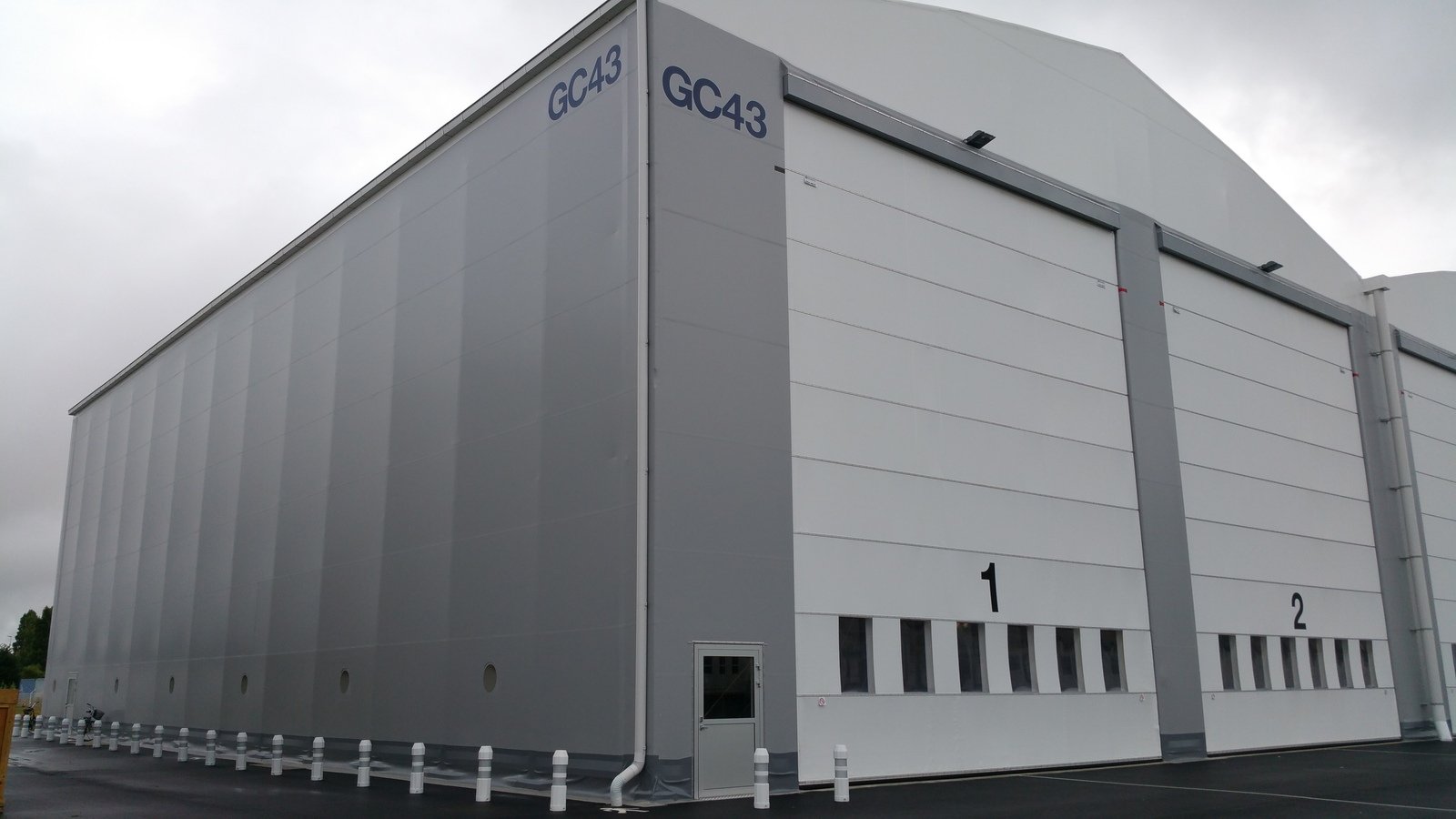 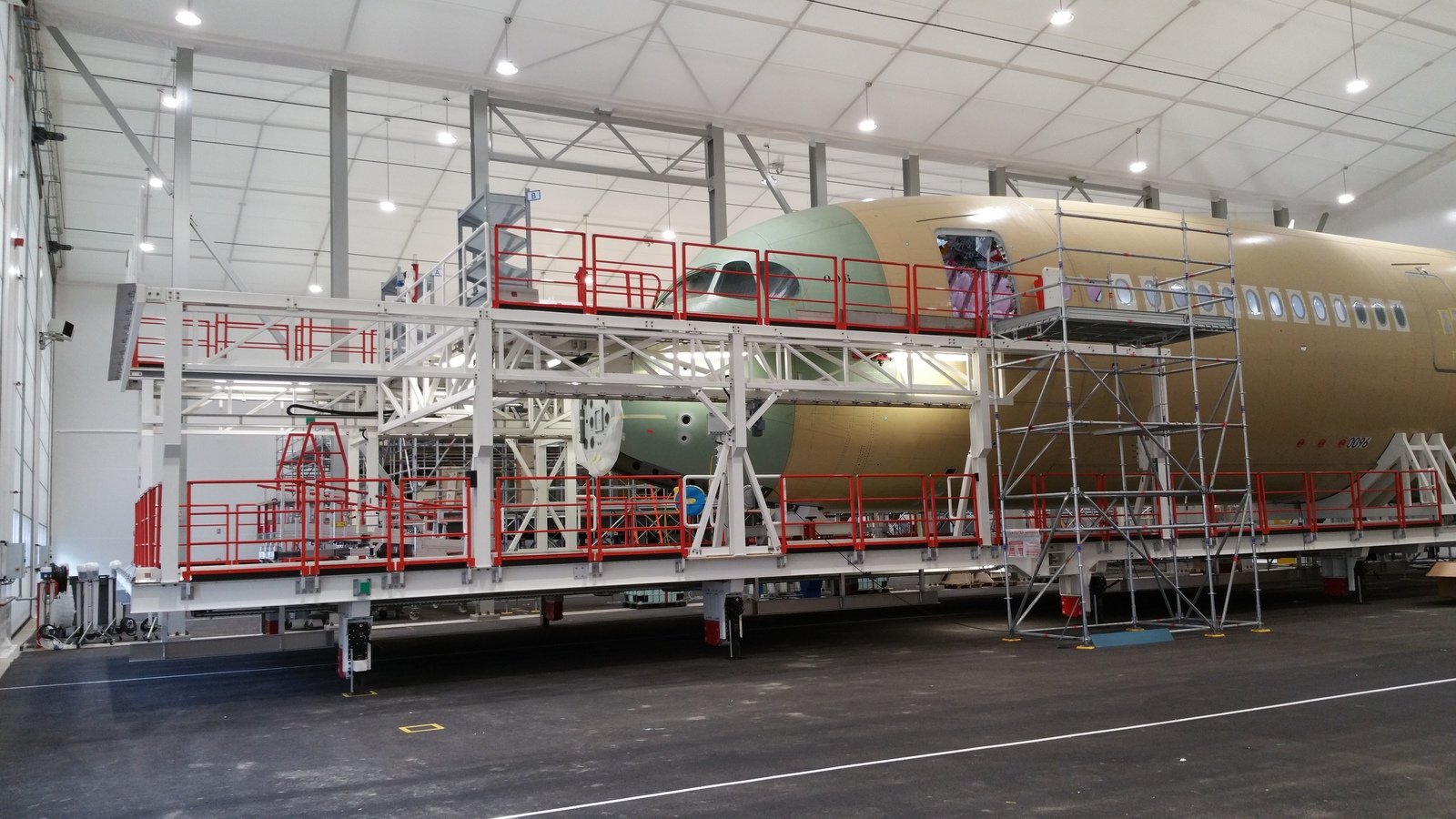 What kind of hall would you like to have built? Contact us and let us work together to design a solution ideal for you!